Today in class we finished all of the breadboard connections in Fritzing and we finished organizing the connections in the PCB tab. This means that we are ready to print the board as soon as we get a machine that runs the CNC up and running. The main thing that differed in the setups from the groups was that for the sensors (the DHT11 and DHT22) we connected their power to pins on the arduino mini because they use such little power that writing a pin high is more than enough for power them to be able to work.

The breadboard setup looks like this. We had to use headers instead of the sensors and instead of the wifi chip. They are all on separate breadboards because this makes it easier for us organizationally, and the PCB view only sees it as one breadboard which is helpful for us. The sensors each have a 10k current limiting resistor. The wifi chip no longer has a pull up resistor because we are able to control the amount of power that it is getting. 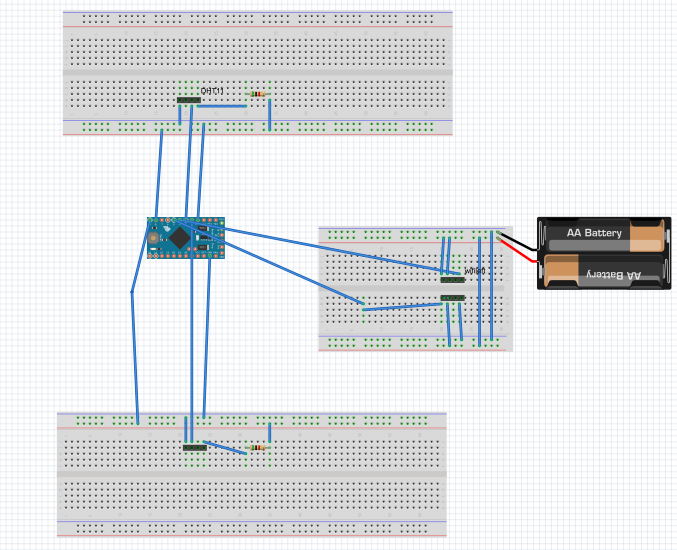 The PCB tab is a little bit more discreet in its connections. However, it is the same as the breadboard view, but neatly organized so that we can use it as an outline to cut our actual board. 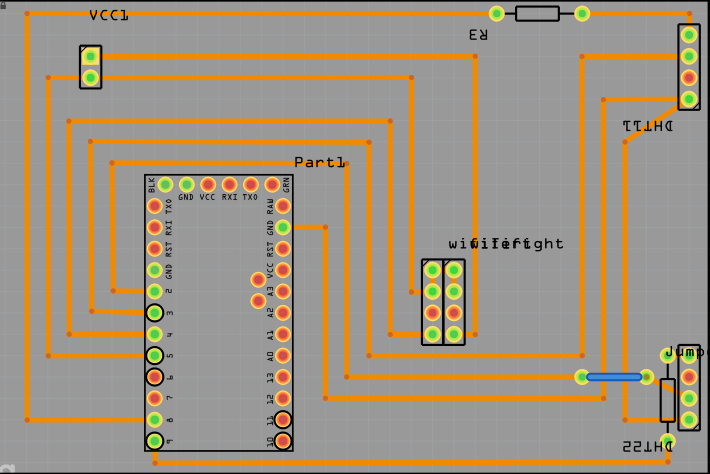 You can see that we have one jumper and we are also using one of the resistors as a jumper. The placement of the sensors is going to be important (each being on the end) when designing the case that this sensor will be inside. The last thing that we need to do is cut the board.